As a society, we love to measure our behaviour. Apps that encourage self-monitoring of behaviour have become increasingly popular; how many hours of sleep did you get last night? How many steps have you taken today? How many more bites of that chocolate bar can you have? I’m guilty of it. ‘MyFitnessPal’ and I have had a rocky relationship in the past and at times I admit I’ve been slightly obsessive, tallying up my 20 second walks to kitchen to make tea and counting my walk up the hill with shopping as ‘heavy lifting’. I would be secretly happy when my app told me I hadn’t eaten enough in a day and annoyed when I was 1 calorie over my limit. However, one thing I would never do was enter the calories consumed from alcohol. Why? Because I knew it would ruin all the hard work I had put in with my food. I did try a few times, but my 120 minutes ‘vigorous dancing’ from 12 to 2am wasn’t enough to counteract the 2000 calories (probably an underestimate) I consumed.

Not all of us are as happy lying to ourselves. Recently my research has moved towards using calorie information to reduce drinking and I came across a new term, ‘drunkorexia’. This is a non-medical term which is used to describe diet related behaviours that are related to and used to compensate for the consumption of alcohol and its calories. These behaviours are carried out to avoid weight gain and also to enhance alcohol’s effects. For example, eating low calorie food in smaller amounts and skipping meals before drinking. Also by partaking in excessive exercise, for example in women higher levels of alcohol use are associated with greater exercise fixation and frequency. More extreme behaviours such as purging and using diet pills and laxatives have also been reported. These ‘drunkorexia’ behaviours have been shown to be associated with higher harms from alcohol, drinking on an empty stomach gets you drunk faster which leads to an increase in memory loss, injury and unprotected sex.

This is not a new phenomenon, we have all heard the phrase ‘eating’s cheating’, but in a society that is becoming increasingly obsessed with health it is something that is becoming more common. Our Instagrams are filled with gym bunnies, the ‘#nopainnogainers’, fixated with eating clean and delighting us with streams of photos of kale smoothies, quinoa salads and screenshots of new personal running records. In fact, an eating clean obsession has now been given the term ‘orthorexia’. But our nation still has a drinking problem, and it is worrying to think that such extreme measures are being taken to ensure both intoxication and healthiness are maintained in parallel. Our obsession with being healthy could actually be having the reverse effect, of course moderation is the ideal, but we must remember that sometimes it is OK to drink and eat to excess and not feel guilty. 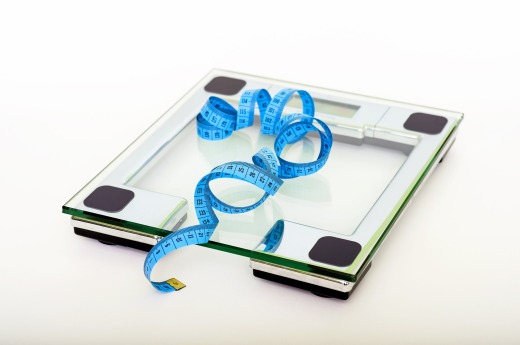 Our behaviour shouldn’t fall in to either of these extremes, we shouldn’t limit food and excessively exercise to counteract alcohol calories, but neither should we lie to ourselves and ‘MyFitnessPal’. Monitoring alcohol intake should be equally important as monitoring food intake, and it is surprising that no country in the world requires nutritional information or calories on alcohol packaging. Alcohol has an energy value of 7.1 kcal/g, second only to fat. One study showed that for adult alcohol consumers aged 19-64 it accounts for 8.8% of our total energy intake. Although having this information might not make a difference in terms of how much alcohol we consume (I can’t say it does for me), it is information that we should have access to. It seems pretty strange that we are informed of the calories in a can of coke, yet most of us are unaware of the number of calories in an equally as calorific glass of wine. Recent research indicates public support for the inclusion of this information is high, however, the potential for an increase in ‘drunkorexia’ behaviours indicate that measures need to be taken to ensure if the information is provided, it is not used in the wrong way.